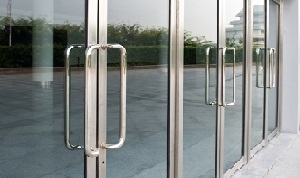 The commercial world is ever expanding. Any statistics from the olden times can prove that. However, with the expansion in the commercial world, there has also been an increase in the risks involved. Whichever one looks at it, it is absolutely impossible to do something worthwhile in the present world without taking a few risks. But then this statement is very widely applied in more illegal cases than one would like. The number of crimes in the world now has surpassed the crime rates before this. It is like the world is in the competition with its past self in producing the maximum criminal cases. And that is where smart locks come into play.

Everyone understands the importance of commercial locks.

While the crimes in the present world range from basic theft to child smuggling, the most prevalent crimes include breaking and entering. Not everyone understands the importance of commercial locks and not every one of those are spared from the side effects of that negligence. The world is now driven with money and there are people willing to do few of the most heinous crimes to get money. In that, breaking and entering seems a crime too small and this is probably why it is so prevalent.

The need for commercial locksmith services is now more than ever, especially because they have few of the best lock system installations in their services. The most availed lock installations are those that are connected to the smart phone of the people.

It is impossible to deny that possession of smart phones is one of the most happening features of people of the present age. Even children below the age of twelve are seen to be walking around with iPads and smart phones. While the ethical nature of the happening can be put under interrogation, it does not change the fact that almost every person in the world possesses a smart phone, and with the smart phones having almost all the features that could possibly be fit in that small a box their reliability is unparalleled. It is because of this reason that connecting door locks to smart phones have become a thing now.

Once the door lock is connected to a smart phone, the person can access the door through their smart phones itself. There will be no more need to physically go to the door and lock. Just a few functions on the phone could do the trick perfectly. These locks are especially useful because they can be accessed from anywhere at any point of time. One could unlock their door for their relatives or friends even if they have stepped out of the house to buy groceries. Similarly, one can lock the door from one of the rooms in times of need without having to run for the door.

Having a smart lock makes maintaining security easier than ever. Especially in commercial applications, these locks can prove to be very useful since the commercial buildings need to be accessed by more than one person and it really helps save time when the person with the key does not have to come running every time.

We do not have a storefront location. We are a completely mobile locksmith service that only serves customers at their location.